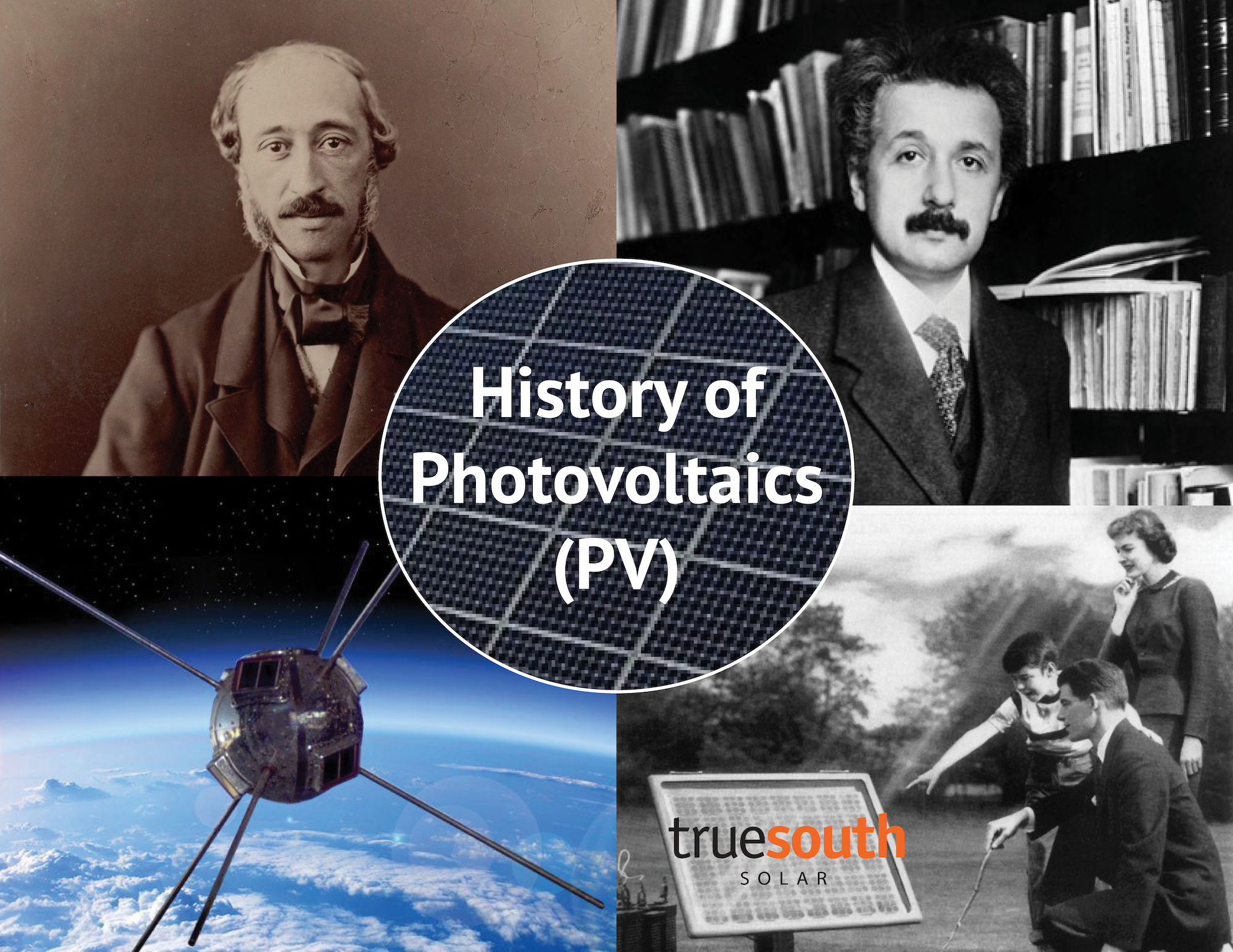 The photovoltaic effect – converting sunlight into electricity- is a phenomenon that was discovered many years ago, and has many applications over its history. Photovoltaic: relating to the production of electric current at the junction of two substances exposed to light.

The photoelectric effect as first observed in 1839 by the french physicist Alexandre Edmond Becquerel. Through experiments with electrolytic cells, he established that the electricity flowing between two platinum electrodes is slightly stronger in daylight than in the dark. In 1876, the english physicist William Grylls Adams and his student Richard Evans Day discovered that selenium produces electrical energy when light strikes it.

“I’d put my money on solar energy, I hope we don’t have to wait until oil and coal run out before we tackle that.” – Thomas Edison

1839 – A French Physicist Alexandre Edmond Becquerel presented a paper on ‘wet cell’ battery. In his experiment, he showed that when silver plates in cell are exposed to light, it increases battery voltage.

1877 – Two Cambridge scientists, William Grylls Adams and his student Richard Evans Day submitted a paper titled ‘The action of light on selenium in front of the Royal Society. They observed variations in electrical properties of Selenium (non-metallic element) material when exposed to sunlight.

1883 – An electrician in New York, Charles Edgar Fritts, built a Selenium solar cell. Less than 1% of solar energy was being converted to electricity. Despite of this fact, the cell was responding to visible light spectrum which was big achievement that time.

1905 – The photovoltaic effect started to attract scientific attention when Albert Einstein wrote his 1905 paper on the photoelectric effect: “On a Heuristic Viewpoint Concerning the Production and Transformation of Light”.

1921 – Albert Einstein receives the Nobel Prize for Physics for the photoelectric effect.

1958 – First PV cell in space. Solar Cells were used on the US space satellite, Vanguard 1

1962 – The Telstar communications satellite is powered by solar cells.

2004 – EEG Passes in Germany, The Renewable Energy Sources Act  or EEG German: (Erneuerbare-Energien-Gesetz) is a series of German laws that originally provided a Feed In Tariff (FIT) scheme to encourage the generation of renewable electricity.