A variety of local, state, and federal policies guide solar development in Oregon. In many cases, multiple policies support a single solar project. Oregon was an early leader in solar deployment, ranking 9th in the nation in installed solar capacity in 2008. In recent years, however, Oregon has fallen behind. According to the Solar Energy Industries Association, in 2016 Oregon ranked 19th in installed solar PV capacity.

Solar leadership creates jobs and attracts private investment. By allowing other states to build significant leads in solar development, Oregon has lost many of the advantages that this leadership provides. The state has retained its status at the forefront in solar manufacturing, ranking 5th in the nation in 2015. Many solar components built in Oregon are exported out-of-state, so the manufacturing sector is not as dependent on in-state development as other industries. 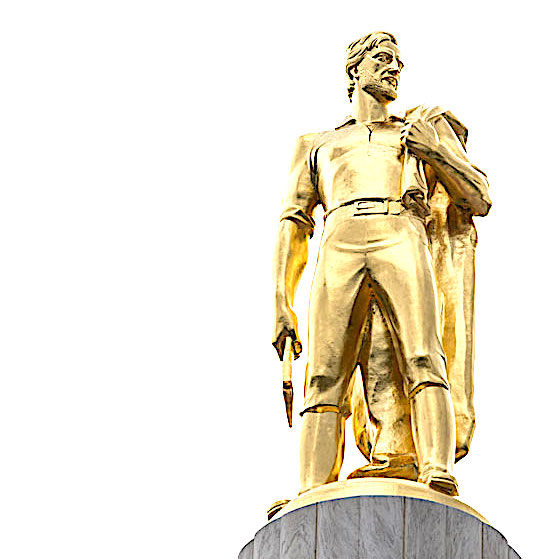 January 2020, a new rebate program begins for solar electric systems and paired solar and solar storage systems installed for residential customers and low-income service providers in Oregon. Program funds will be used to issue solar and solar storage system rebates, which are paid to the installing contractor of the system. The rebate amount will be passed on to the customer as savings on the net cost of the system. Rebates may cover up to 40 percent of the net cost for a residential system installed for a customer that is not considered low- or moderate-income, and up to 60 percent of net cost for a low-income customer or low-income service provider.

In Oregon, homes and businesses may generate and consume solar power produced from onsite solar PV systems. Oregon’s net metering policy allows homes and businesses to offset their retail electricity purchases with solar power produced from onsite solar PV systems. Net metering customers use “bidirectional” electricity meters that run forwards when customers purchase electricity from the grid and run backwards when customers generate solar power. Net metering is one of Oregon’s most essential solar policies because it effectively enables citizens to produce power for their own consumption by offsetting their retail electricity purchases. Approximately 102 MW of distributed solar PV capacity is currently net metered in Oregon.

Oregon’s Renewable Portfolio Standard (RPS) mandates that 50% of the retail electricity sold by the state’s large electric utilities must come from renewable energy sources by 2040. The utilities demonstrate compliance with the RPS by surrendering Renewable Energy Credits (RECs) that are issued for each megawatt-hour of electricity produced by a qualifying renewable resource. Oregon’s RPS helps create a foundation for solar growth in Oregon by stimulating utility demand for renewable energy.

In 2011, the Oregon Legislature adopted a Renewable Energy Development (RED) grant program to incentivize commercial solar development after the expiration of the BETC. However, the RED grant program only provides a limited number of grants for eligible solar installations. Grant recipients are selected through a competitive review process and receive grants representing 35% of total project costs up to $250,000. Approximately 4 MW of solar PV capacity has been installed under the RED Grant program.

Until recently, solar PV installations with nameplate capacities between 2 MW and 10 MW were eligible to enroll in a production-based incentive program that allows producers to earn one-half cent per kilowatt-hour of solar power produced by their systems over a five-year period. The program’s enrollment period terminated on January 2, 2017, but enrolled solar producers will continue to earn incentive rates for the remainder of their five-year terms.

Until its repeal in 2014, Oregon offered a tax credit for commercial and industrial solar installations. The Business Energy Tax Credit (BETC) program granted businesses tax credits for 50% of eligible project costs, up to a maximum of $10 million per project. Recipients recovered the full credit value over a period of five years. The BETC program supported the installation of more than 36 MW of solar PV capacity in Oregon.

Oregon’s Residential Energy Tax Credit (RETC) offers tax credits of up to $6,000 for residential installations of “alternative energy devices,” including solar PV. The RETC currently provides $1.30 per watt of installed PV capacity and cannot exceed 50% of a system’s total installed costs. The RETC is the only solar incentive available to residences statewide and is a significant driver of residential rooftop installations in the state. Though the RETC is available for multiple alternative energy technologies, it is crucial for solar PV. The RETC program has supported installation of more than 40 MW of solar PV capacity in Oregon.

Between 2010 and 2015, Oregon’s Solar Volumetric Incentive Rate (VIR) pilot program offered production based incentives for the output from enrolled solar projects. Participants who enrolled in the program before 2015 earn a set incentive rate for each kilowatt-hour of solar power produced by their systems over a 15-year period. The VIR pilot program was a trial attempt at administering a policy similar to a feed-in tariff, and though the program proved to be more costly than anticipated, it was highly effective at incentivizing solar development in the state in a relatively short period of time. More than 27 MW of solar PV capacity was installed under the VIR program.

The federal government enacted PURPA in 1978 to support independent electricity production from “qualifying facilities” (QFs), which include small renewable power producers. 27 PURPA directs utilities to 1) purchase electricity from these QFs, 2) connect the QFs to the electricity grid, and 3) compensate QFs for power purchases at rates that do not exceed the utilities’ own avoided costs.28 Under PURPA, Oregon’s investor-owned electric utilities must enter into contracts to purchase output from qualifying solar power producers at the utilities’ avoided cost rates.