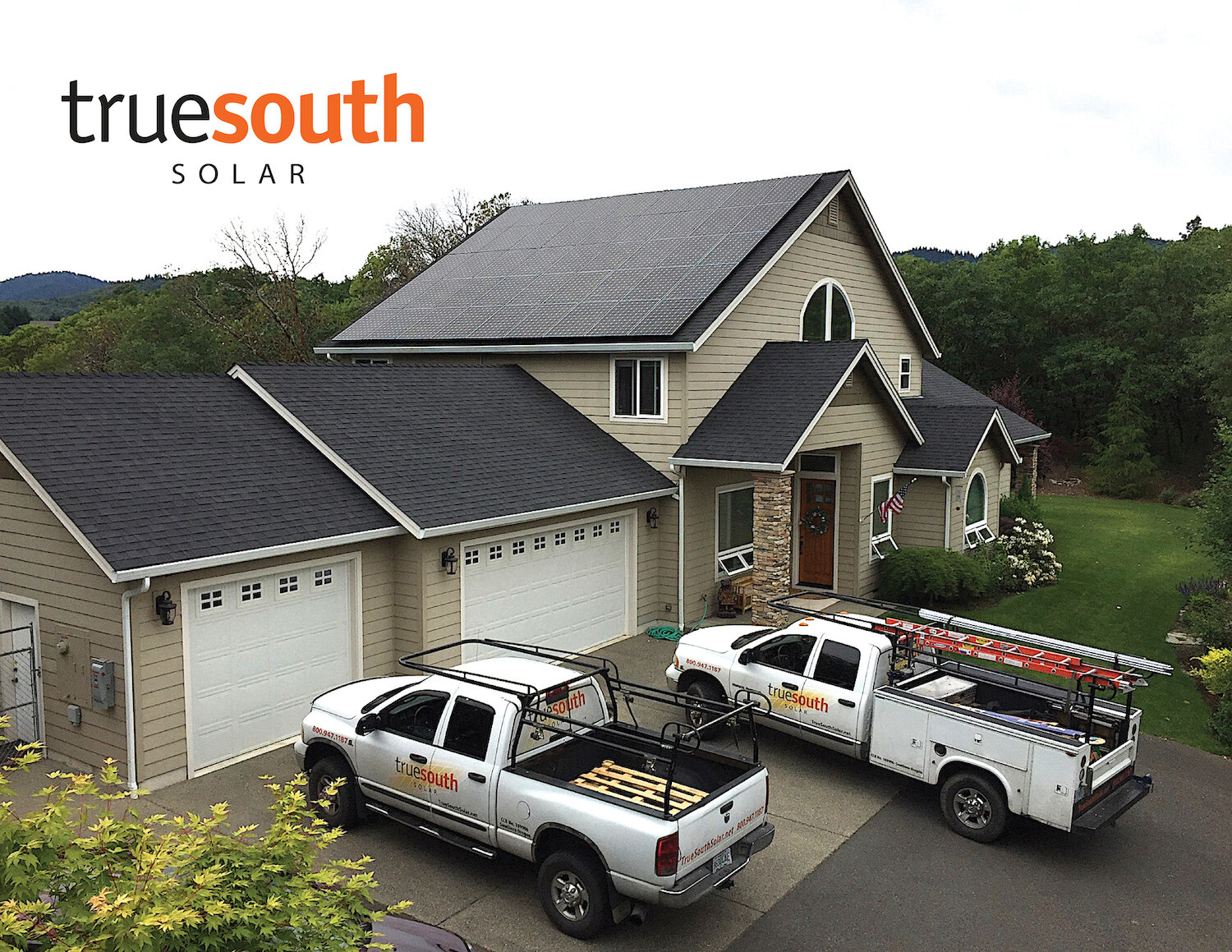 The Story of True South Solar 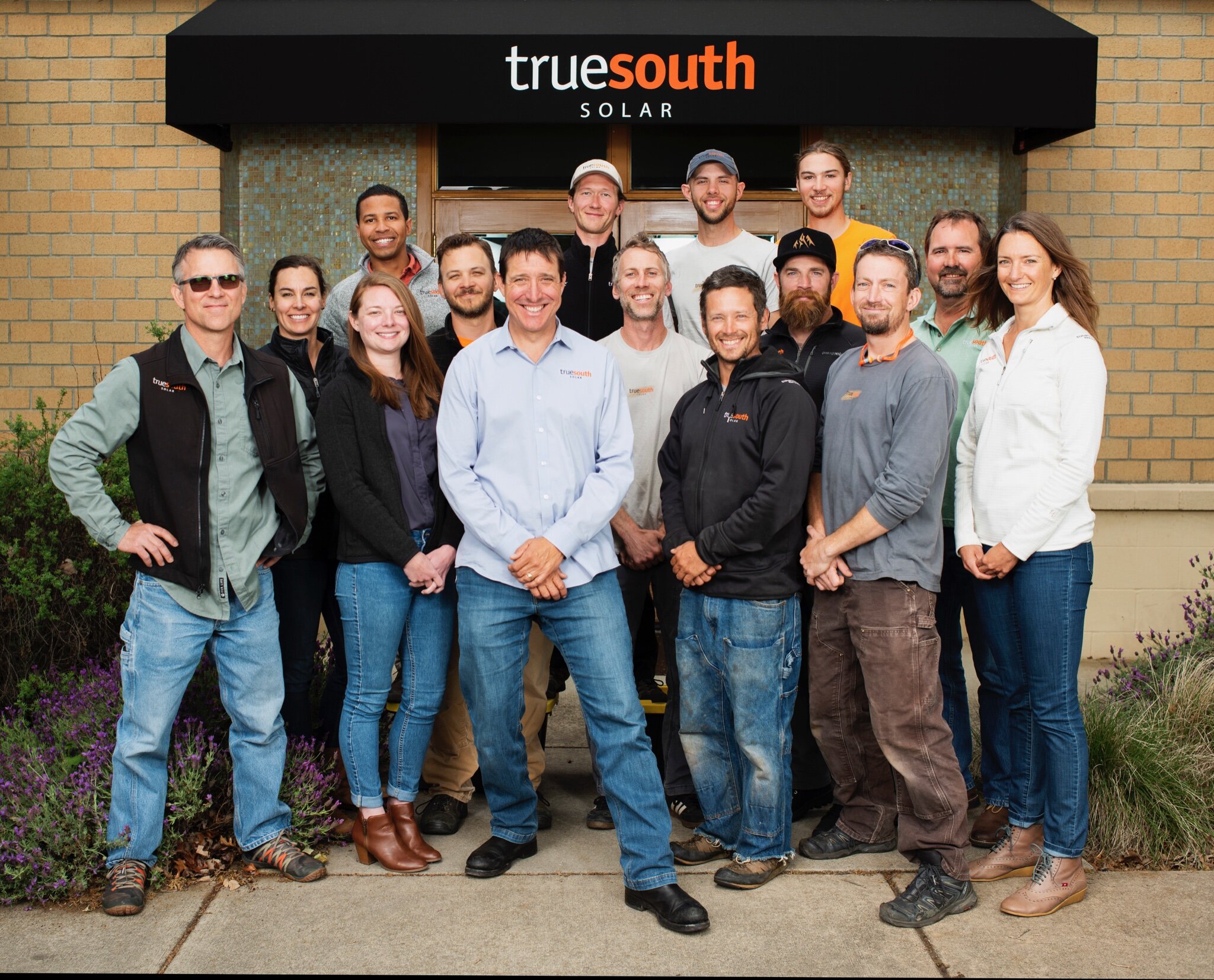 True South Solar is Southern Oregon’s solar installer. Locally serving the entire Rogue Valley area and beyond, it is also the largest and oldest solar company in the region. Inspired by the urgencies of energy independence and ecological sustainability, Eric Hansen and Shawn Schreiner founded True South Solar in 2010. They set out on a mission to empower as many Southern Oregon home and business owners as possible to go solar as soon as possible. That mission is what sparked their goal for “Solar on Every Rooftop and Best Jobs Ever.” Since its creation, True South has installed more than 5,000 kW of solar power, with much more still to come. Ask General Manager Eric Hansen what he thinks the future of Southern Oregon will look like, and he’ll tell you a vision of electrical needs met by solar and storage solutions, of surplus electricity exported to other regions, and of homes and businesses without an electricity bill. That vision is what brought the company to life and what sustains it to this day.

The seeds of True South Solar were first laid in 1999. At that time, Eric Hansen was working for Home Power Magazine, which prominently covered solar energy as a solution for off-grid life styles. That initial exposure ultimately led Eric to applying for a solar electrician apprenticeship program in 2005, and within four years he was lead installer at the solar company Electron Connection. It was at Electron Connection that he started working with Shawn Schreiner, and together they started True South Solar in 2010. 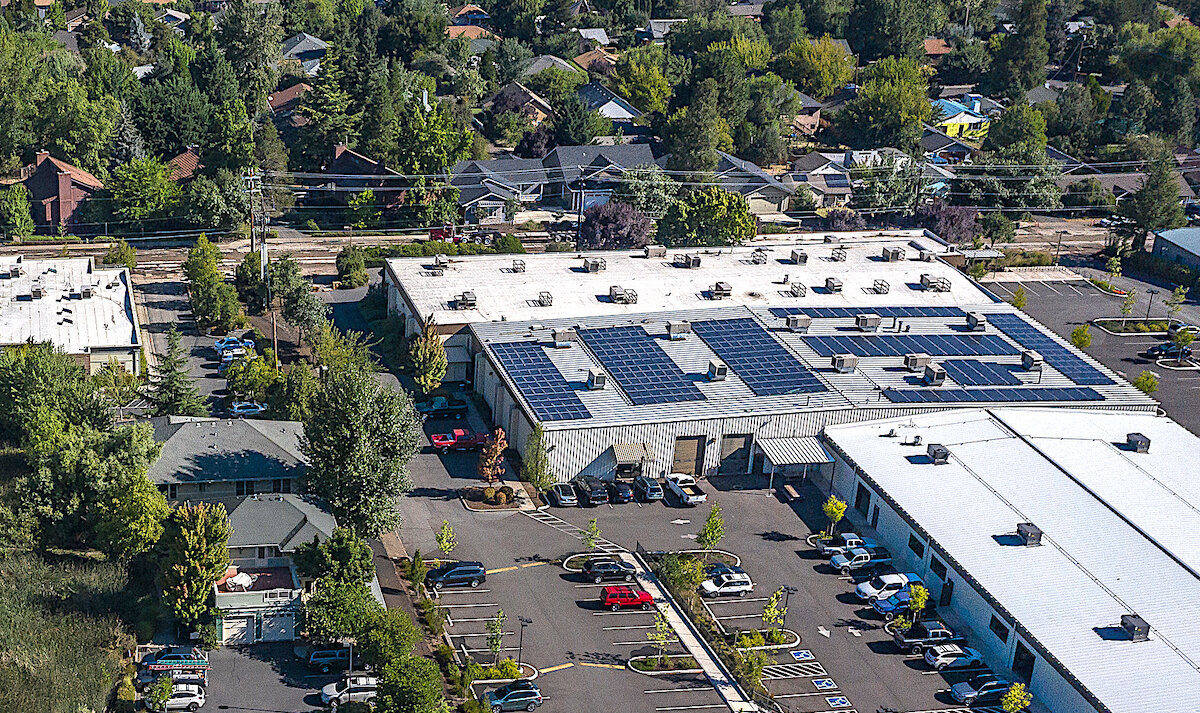 The beginnings of a business are never easy, but steadily and surely True South developed over the years. Eric and Shawn would have meetings in local cafes and store panels in a rented storage unit, but they soon caught a break with Darex Industrial in 2010. The largest solar installation in Southern Oregon at the time, it produced over 110 kW of power, supplying more than half of the company’s annual electrical needs. 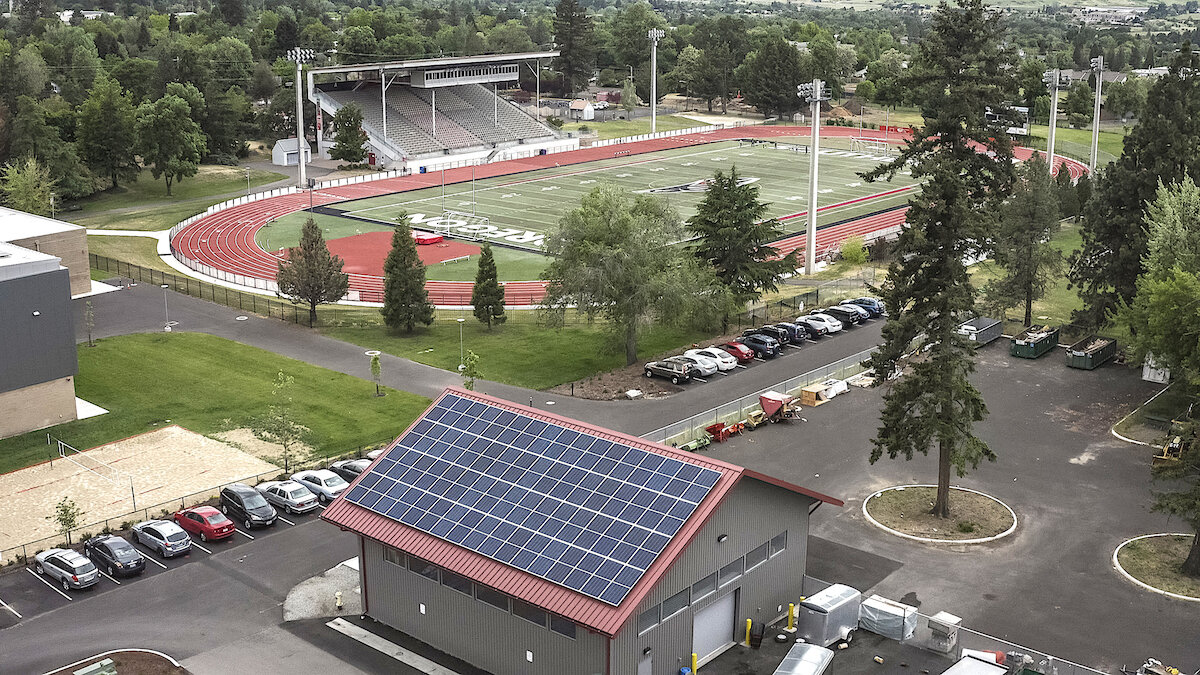 The Darex installation provided a great boost to True South’s credibility, and the business continued to grow. A year after Darex, the team was able to expand to include two installers, Sam Winters and Ry Heller, and salesman Matt Shore. No longer spending their days out installing, Eric and Shawn were able to expand on their administrative responsibilities. It was in 2014 that True South Solar found its first home at East Hersey Street in Ashland.

After moving into the office, True South Solar became a SunPower Elite Dealer, starting a thriving business relationship that continues to this day. Partnering gave access to the best solar panels on the market, and so True South was able to pair their professional expertise with the highest quality products. 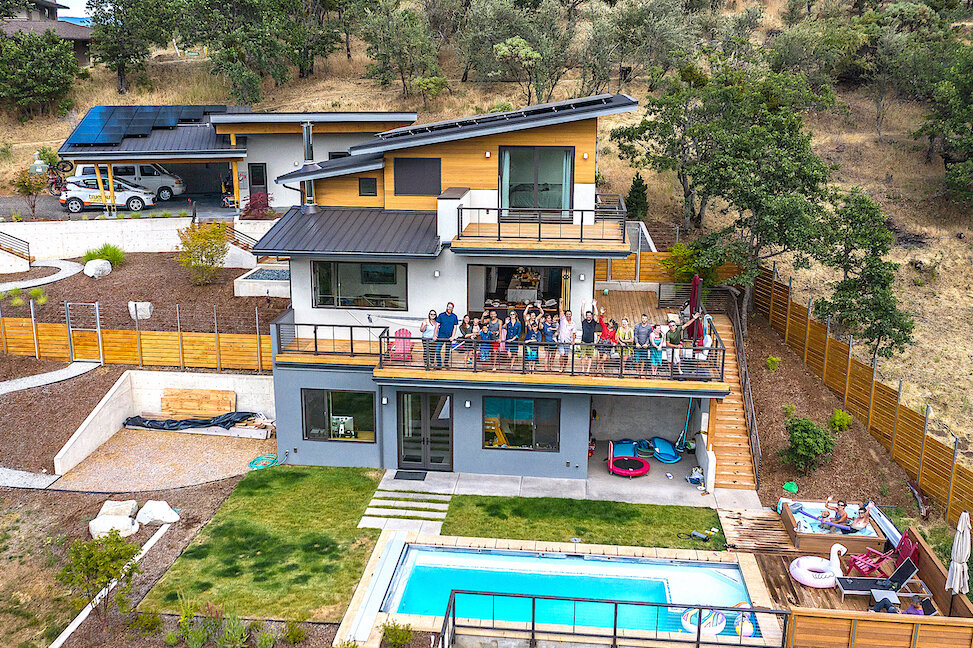 Along with Darex Industrial, True South Solar has installed systems at some of the most well-known locations in the Rogue Valley, including the Mt. Ashland Ski Area (2016), Rogue Valley Airport (2013), Rogue Creamery (2012), and Southern Oregon University (2018). They have also fulfilled all kinds of residential installations, with many customers happily referring their friends and family to True South Solar afterwards.

After more than a decade of being in operation, True South Solar is now a far cry from the early days. With solar panels installed on their own office building and a full roster with sales, installation, and office teams, True South Solar is thriving in the Southern Oregon sun. And with improving battery technology now at hand, the future of the solar industry looks brighter than ever as well, as solar energy is no longer limited to only when the sun shines. 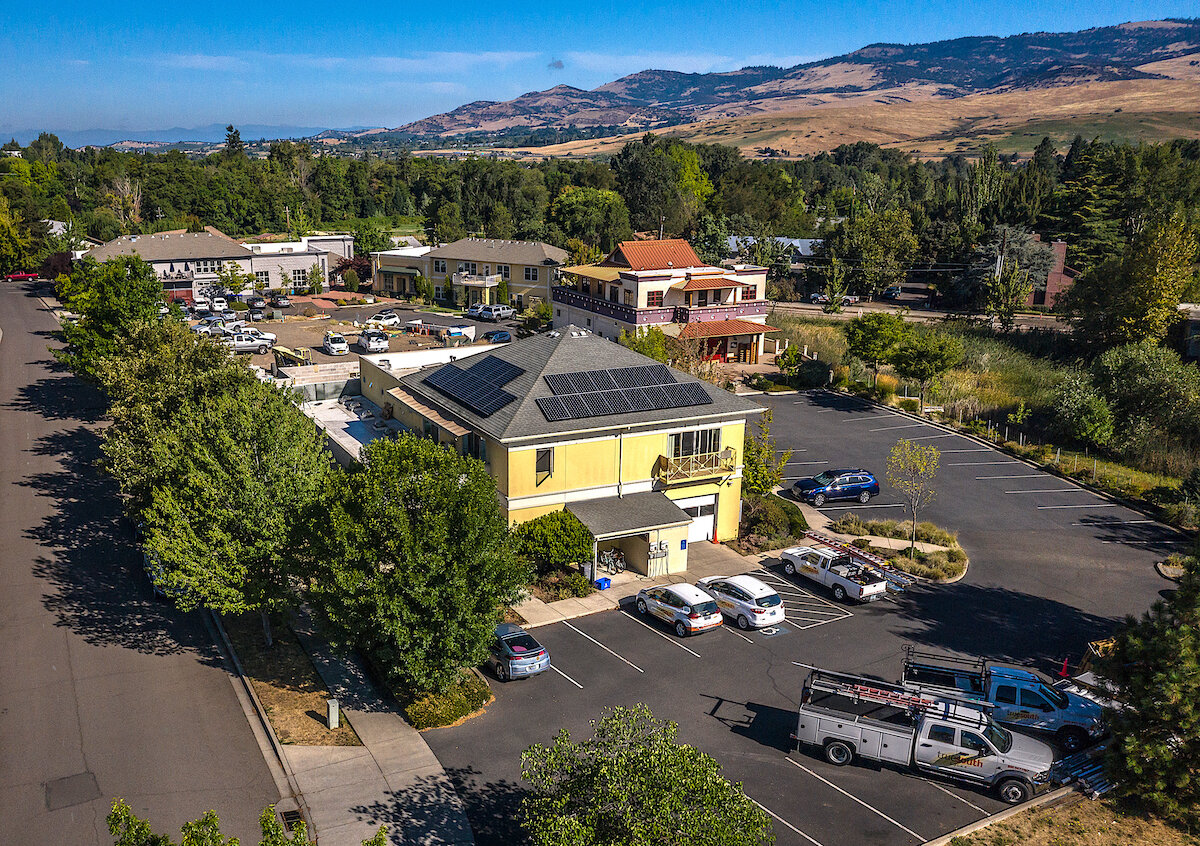 As True South Solar gets closer to its vision for “Solar on Every Rooftop and Best Jobs Ever,” it’s becoming abundantly clear that the goal is not simply a distant dream, but an achievable reality. The solar workforce is growing at an unprecedented rate and new residential, commercial, and utility-scale installations spring up every day. Moreover, you no longer need to install solar on your roof to take part in the movement, as municipal projects continue to develop. The solar tide continues to rise across the country and you can be certain that True South Solar will continue to rise with it.